Miller shoots 62 and coasts to lead at Harbor Hills 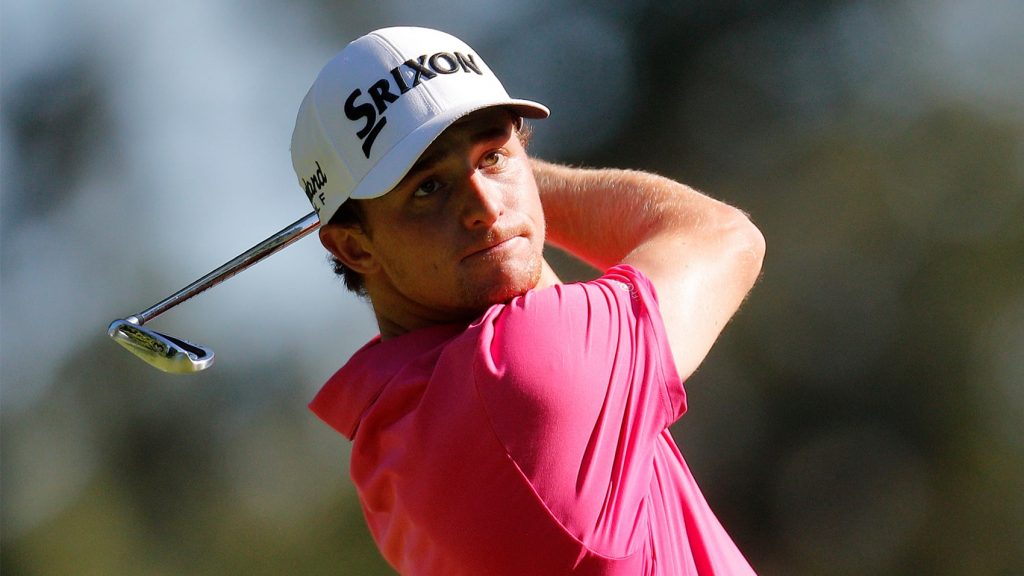 Cole Miller had nine birdies and one bogey on Wednesday. (PGA TOUR)

LADY LAKE, Florida—At last week’s Jacksonville Championship, Cole Miller missed the three-man playoff by a shot, eventually settling for a tie for fourth. If Miller plays the rest of the tournament the way he played Wednesday in the opening round of The Challenge at Harbor Hills, he won’t even need a playoff. The Penn State graduate shot an 8-under 62—with a bogey—to take a two-shot lead into the second round at Harbor Hills Country Club. Argentina’s Matias Lezcano and Americans Conner Godsey and Jacob Bergeron all fired 64s, while a quartet of players are at 5-under and three behind at the sixth LOCALiQ Series tournament of the season.

Following his round, Miller called his lone bogey, at No. 11, “probably a good thing” as he admitted he got a little aggressive on the par-4 after a birdie at No. 10. “[The bogey] gave me the right mindset coming into those next scoring holes.”

It was the only stroke Miller gave back all day, and he closed his day with birdies on four of his final seven holes, his last coming on the 18th, one of only two par-5s at Hidden Hills.

“I was just really happy with the way I played today. I kept the ball in play all day long and gave myself a lot of chances. I think if I can keep doing that, that’s really the key out here,” he added. “If you can keep the ball in the short grass, especially with preferred lies for the first two rounds, you’re going to have a lot of good looks. That’s what I did today.”

Bergeron admits he’s had ball-striking issues since turning pro in 2018, and it’s shown over the first five events of the LOCALiQ Series, where he’s has made only one cut. He had no such problems Wednesday during the opening round of The Challenge at Harbor Hills stringing together six birdies and two bogeys.  Bergeron was not surprised, however, by his good play and said he felt he was close to having a round like this.

“I’ve been feeling it coming for a while, and it’s just a matter of kind of letting go and playing golf, not worrying about results or the golf swing or anything,” Bergeron said. “Just go play golf and add it up at the end of the day.” It equaled 64.

It has not been a successful LOCALiQ Series for Lezcano to this point, with five starts and five missed cuts. He broke out of his slump Wednesday, with his nine-birdie, three-bogey performance as he moved into contention. He was especially effective early in his back nine, recovering from a bogey on No. 10 to reel off four consecutive birdies.

Godsey tied for 29th in Jacksonville a week ago and was pleased with his six-birdie, no-bogey performance, the second consecutive tournament he’s been bogey-free in the first round.

“I’ve been working on some things in my swing, and it seems like they’re starting to show on the course a little bit more,” said Godsey.

Did you know Jacob Bergeron was a three-time winner as an amateur in 2017? He began his winning ways in May at the Thunderbird International Junior in Arizona. As a freshman at LSU in October, he shared the title at the David Toms Intercollegiate in Baton Rouge with Luis Gagne and Lewis George. In December, he won the South Beach International Amateur in Miami Beach, defeating Benjamin Jones and SM Lee by four shots in the 72-hole tournament.

The Challenge at Hidden Hills is the second event of the Arcis Golf Florida Swing, which rewards the top two performers in the three LOCALiQ Series tournaments in Florida. With his victory at the Jacksonville Championship, Carson Young took the early lead, with Rowin Caron and David Pastore, runners-up in the playoff, in second place. Arcis Golf, the premier operator of public, resort and private golf clubs in the United States, has a current portfolio of 60 properties located coast to coast in 13 states, including The Club at Weston Hills—the site of the final event of the Arcis Golf Florida Swing. Arcis Golf will present a $7,500 bonus to the top finisher, with the second-best performer at the events in Jacksonville, here in Lady Lake and Weston Hills in Fort Lauderdale taking home $2,500.

First-round leader Cole Miller’s last five LOCALiQ Series rounds, dating to his second round at Auburn University Club, where he missed the cut, are 66-69-65-68-62. His stroke average during this run is 66.00.

By winning the Southern Company Swing, garnering the most points in the first four tournaments, Bryson Nimmer not only earned $7,500, but he also received an invitation to play in next week’s Orange County National Championship presented by Knight 39 in Orlando, Florida. Nimmer opened with a 72 Wednesday and is tied for 101st place. He has yet to miss a cut this season.

Brad Gehl had an indifferent start to his day, with eight pars and a bogey on his opening nine. The back nine was a different story. The Oklahoma State product reeled off three consecutive birdies to start his second nine and added two more, including a birdie at the par-5 18th hole, to shoot a 4-under 66. It’s the second consecutive week that Gehl has started quickly. A week ago, he opened with a 4-under 67 at the Jacksonville Championship on his way to three under-par rounds and a tie for 15th.

With three holes remaining in his day, Finland’s Toni Hakula, a graduate of the University of Texas, was at 6-under and leading the tournament. A bogey-par-bogey finish left him at 4-under and tied for ninth.

David Pastore, a runner-up last week, kept his under-par streak alive with his 2-under 68. He is 16 for 16 in under-par rounds this season. Pastore is tied for 23rd with 36 holes to play.

In all five previous LOCALiQ Series events, Conner Godsey has been par or better in his 15 rounds. He made it 16 with his 6-under 64 Wednesday. Godsey had a pair of even-par 72s to finish the season-opening Alpharetta Classic, and he closed with an even-par 71 last week at the Jacksonville Championship. Everything else has been between 66 and 70. Godsey’s best finish was a tie for seventh at The Classic at Callaway Gardens—on the strength of a 66-65-69 performance for the Rogersville, Alabama, native.

It’s been a tough last three tournaments for Ian Holt, but he’s showing signs of a rebound after opening with a 5-under 65 that leaves him three shots behind leader Cole Miller. After ties for 46th (Alpharetta Classic) and 16th (The Championship at Echelon Golf Club) in the first two tournaments of the LOCALiQ Series season, Holt has missed the last three cuts. The Mackenzie Tour member has played in 23 tournaments in Canada and recorded four top-10 finishes, including a runner-up showing at the 2018 Syncrude Oil Country Championship. The former Kent State golfer is tied for fifth through 18 holes.

There were 54 rounds in the 60s Wednesday at the par-70 Harbor Hills Country Club.

Last week in the final round, American Piri Borja saw his streak of consecutive under-par rounds snapped at 12 when he shot a closing, 2-over 73 at the Jacksonville Championship. He easily started a new streak Wednesday when he opened with a 5-under 65, leaving him tied for fifth after the first 18 holes.

“I found recently something with my driver and my longer clubs off the tee. I’ve been able to really keep the ball in play, and that’s been an issue of mine to start the season.” –Cole Miller

“I was a little errant with my tee ball. To see that come into play is exciting because I know my irons and my putting have been there. I’ve been working so hard on those, and I can finally utilize them.” –Cole Miller

“It was just one of those days where you kind of hit it pretty well. I drove it well off the tee and didn’t get into too much trouble at all.” –Jacob Bergeron

“My short game was solid. The times I did miss, I was able to get up and down the majority of the time. I really just hit it pretty solid and didn’t get myself into any big trouble. When I did, I minimized it very well.” –Jacob Bergeron

“For the most part, I made all the putts that you’re supposed to make. I raked in a few that were kind of those little bonuses, 15-, 18-, 20-footers, but it was just one of those days that you roll out and do everything you’re supposed to and don’t make any big mistakes. At the end of the day, you’re like, 64. Hey, let’s go do that tomorrow.” –Jacob Bergeron

“I was very calm despite not having made the cut last week. I think I have been playing well, and I already have a rhythm of competition which was the main objective when I came to the United States to play the LOCALiQ Series.” –Jorge Fernandez Valdes

“It is a course that has difficult holes. In the first leg, there are two par-4s that are normally played as par-5s. That totally changes your strategy, but as long as you hit straight in this course you have a chance.” –Jorge Fernandez Valdes

“The greens are very slow, and some have a lot of dip. You have to hit the putter decisively.” –Jorge Fernandez Valdes

“The rough is high in places, and it is difficult to hit approach shots and putts.” –Jorge Fernandez Valdes

“I had a good look on the last hole. No. 18, from six feet. You’re going to miss some putts. You can’t really get upset with that.” –Conner Godsey on the birdie putt he missed on No. 18

“I’ve been managing my game pretty well. It hasn’t been in a great spot for most of the tournaments. But it felt pretty good today for the most part.” –Conner Godsey

“My irons are good. I need to hit the driver a little bit more solid. It’s been trending in the right direction.” –Conner Godsey

“They converted two par-5s to par-4s on the front nine, which I think is great. They are both kind of tight tee shots and pretty good par-4s. There are some good holes out here. I like the course.” –Conner Godsey

“Today I went out to the golf course with a good attitude, and I started by making a hole-out on No. 2. On the front nine, my only bogey was at eight because I couldn’t get the ball out of the bunker well. It was deeply buried.” –Matias Lezcano

“I think the best shot of the day was the birdie putt at 18. It was 16 feet, but I hit it decisively. It didn’t have a very easy-to-read line.” –Matias Lezcano

“I think the key for me was hitting the fairway because being in the fairway gives you the chance to birdie. I didn’t use the driver much because I know I’m not solid with that club. I used a lot of 3-woods off the tee.” –Matias Lezcano

“Early on, I three-putted my third hole and missed like a three-footer. I kind of changed my putting setup mid-round, and it started working really well, and I trusted that.” –Brian Carlson

“I had the putter shaft a little far back, so I pulled and over-exaggerated the forward press. That got me out of my handsy tendencies, I think.” –Brian Carlson on his mid-round putting setup adjustment

Classic at The Club at Weston Hills

The Club at Weston Hills 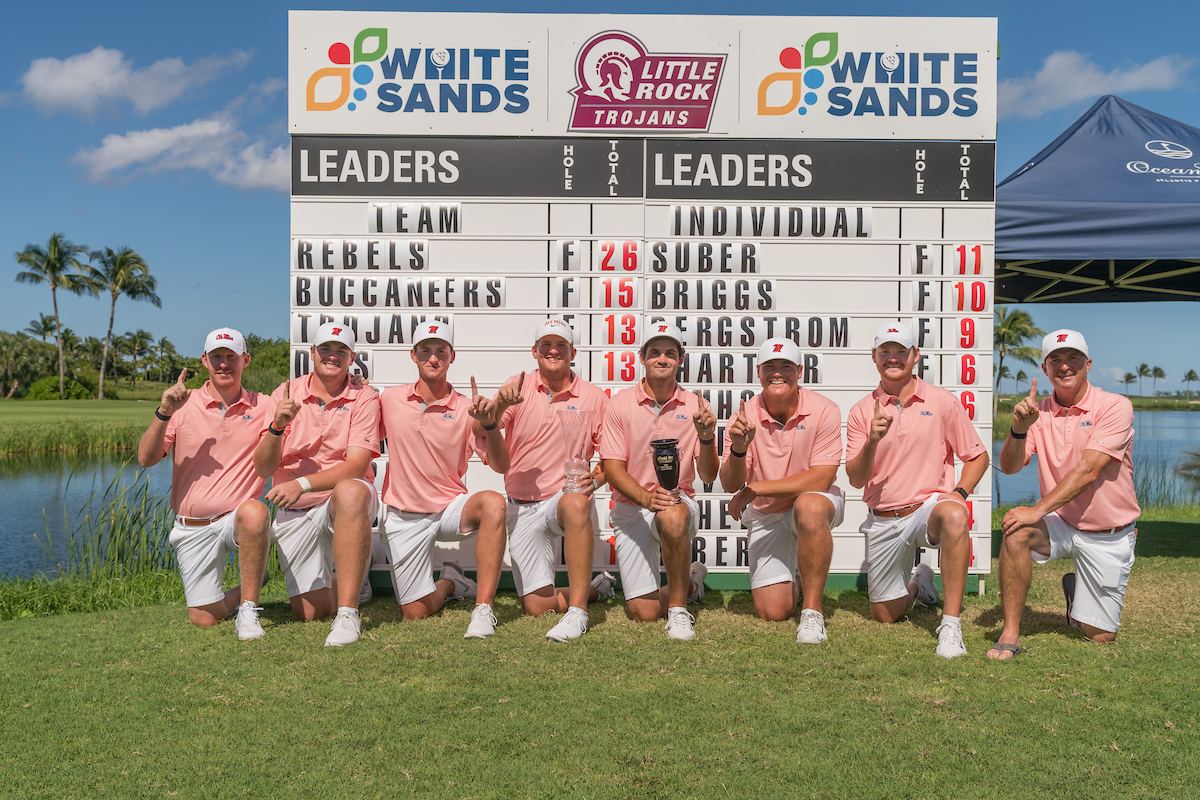 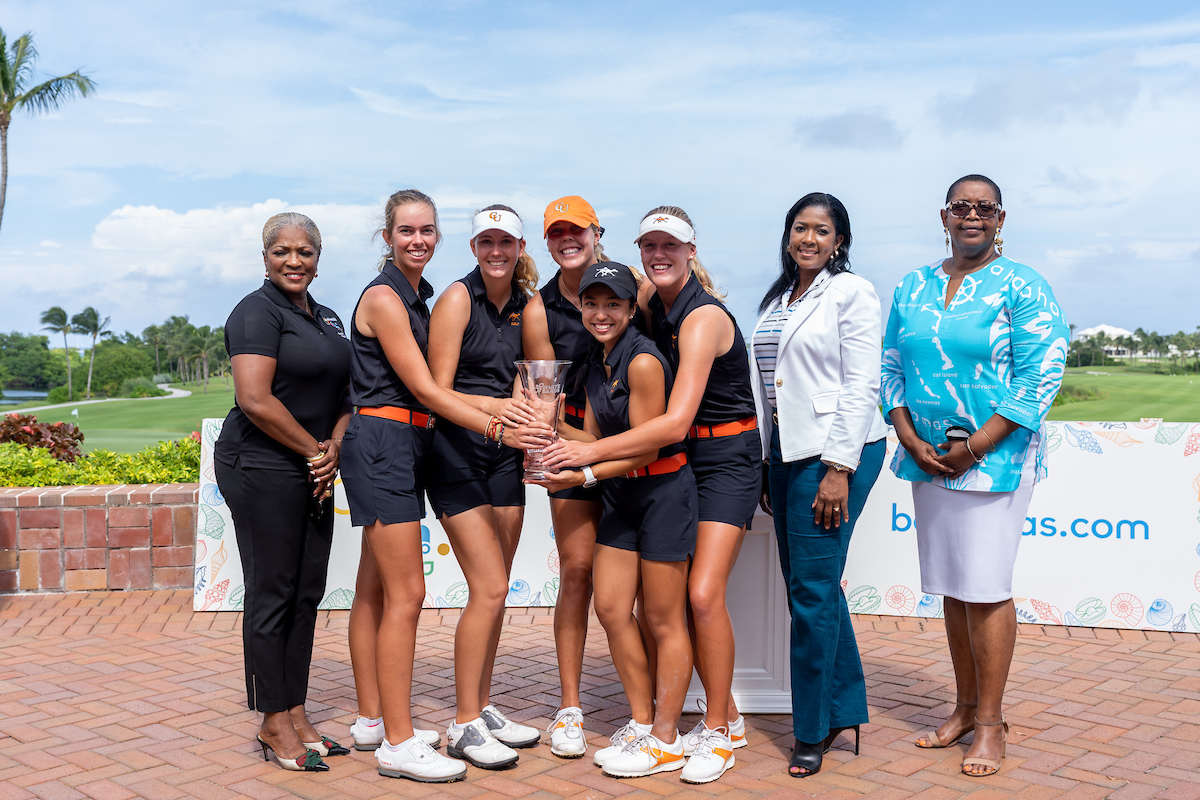 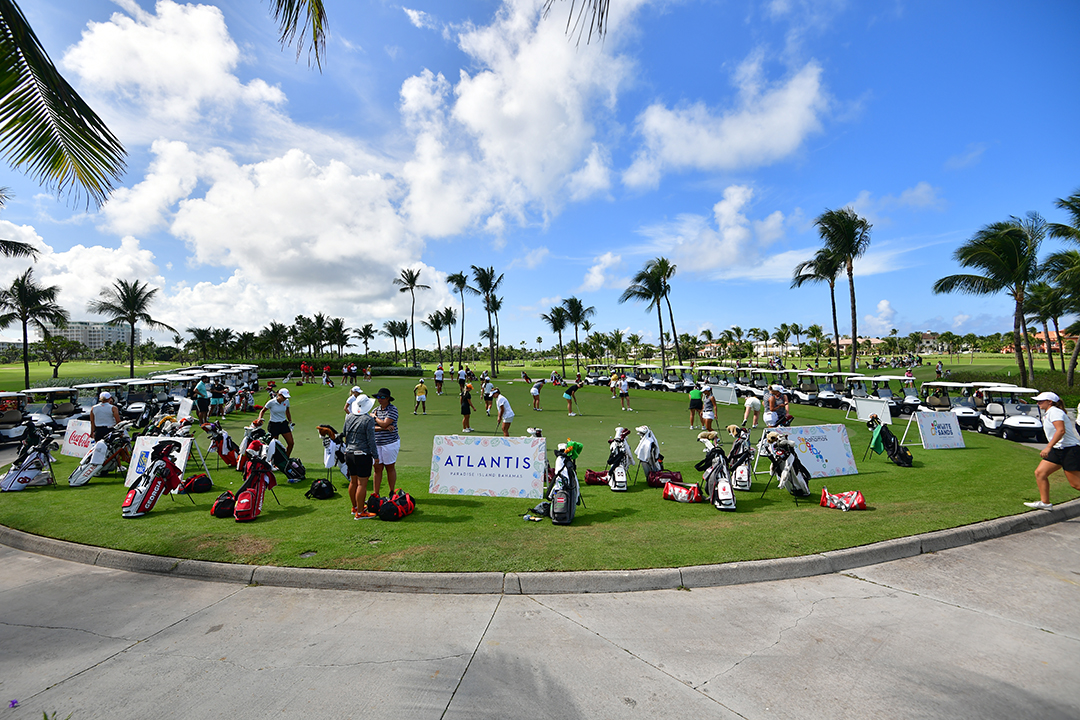